Some further additions to the first round of media coverage coming out of the 2011 Mozilla Festival: 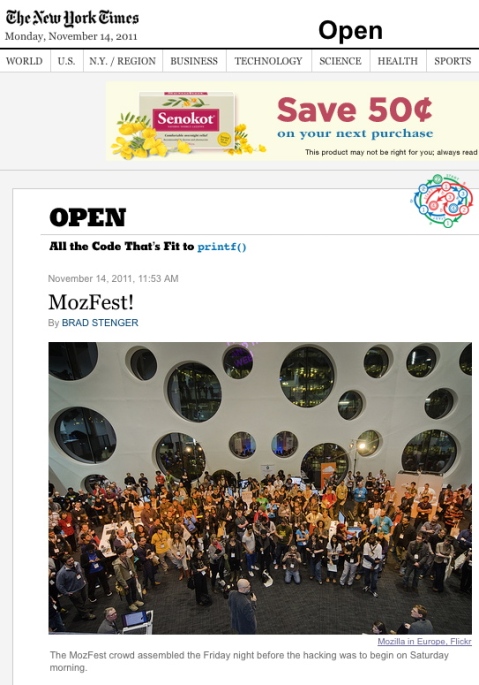 [The Festival] centered on how technologists and newspeople can build bridges between the two professions and better collaborate — in keeping with the meeting’s slogan: “Less yak, more hack.”

The common thread between education and journalism for Mozilla Foundation is personal empowerment…. That empowerment, according to Mitchell Baker, is what starts people down the path to hacking, away from simply absorbing the contents of the Web, and toward mashing it up and taking control of their own experience. 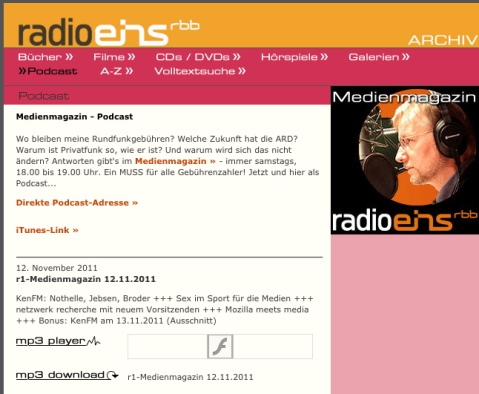 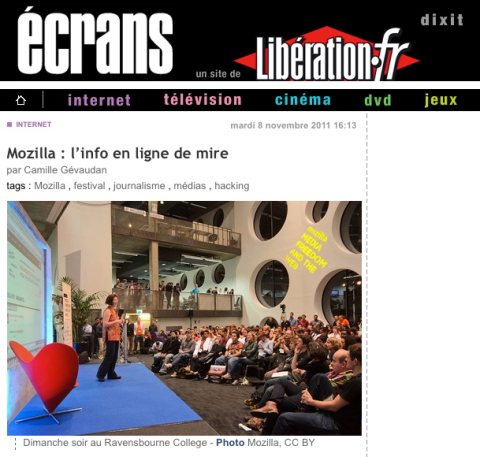 “Come on, get to work! What are you doing still dawdling in the introduction to this article? …

From the first to the sixth floor, the building is full of workshops and construction sites. And if you really can not make up your mind, a geek in a blue t-shirt will quickly materialize before you to suggest some ideas. They are like this, volunteers at Mozilla: always happy to lend a hand. Deeply imbued with this culture of sharing that characterizes the free software world.

“The first generation of Internet users was very focused on hacking,” recalls Mitchell Baker, president of the Mozilla Foundation. “Today, things change: the Internet is increasingly tied to consumer behavior. We see great things that are easy to use, like the iPhone and iPad, that represent the paradigm of ‘elegant consumption.’ But it is rewarding and gratifying to be able to touch these tools, to change and build the Web ourselves.”

Determined not to let the future of the Internet fall into the hands of private companies and opaque entities, the Mozilla community advocates the ownership of network technologies by users themselves. We must raise the hood, examine the engine, get our hands dirty. In short, we must “hack” everything we can get a hold of. 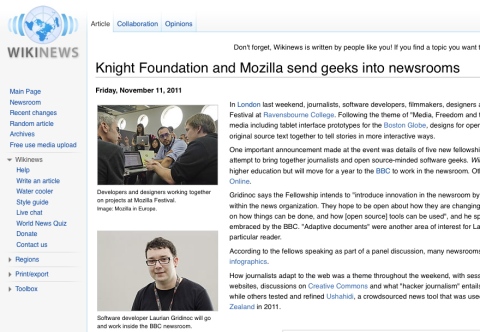 One important announcement made at the event was details of five new fellowship places sponsored by the Knight Foundation and the Mozilla Foundation that attempt to bring together journalists and open source-minded software geeks. Wikinews spoke to Laurian Gridinoc, who … will move for a year to the BBC to work in the newsroom. Other fellows will be working for The Guardian, Al-Jazeera, the Boston Globe and Zeit Online.

§ One Response to The New York Times, BBC and German public radio on Mozilla Festival